US-Afghan journalist detained for nearly one month in UAE 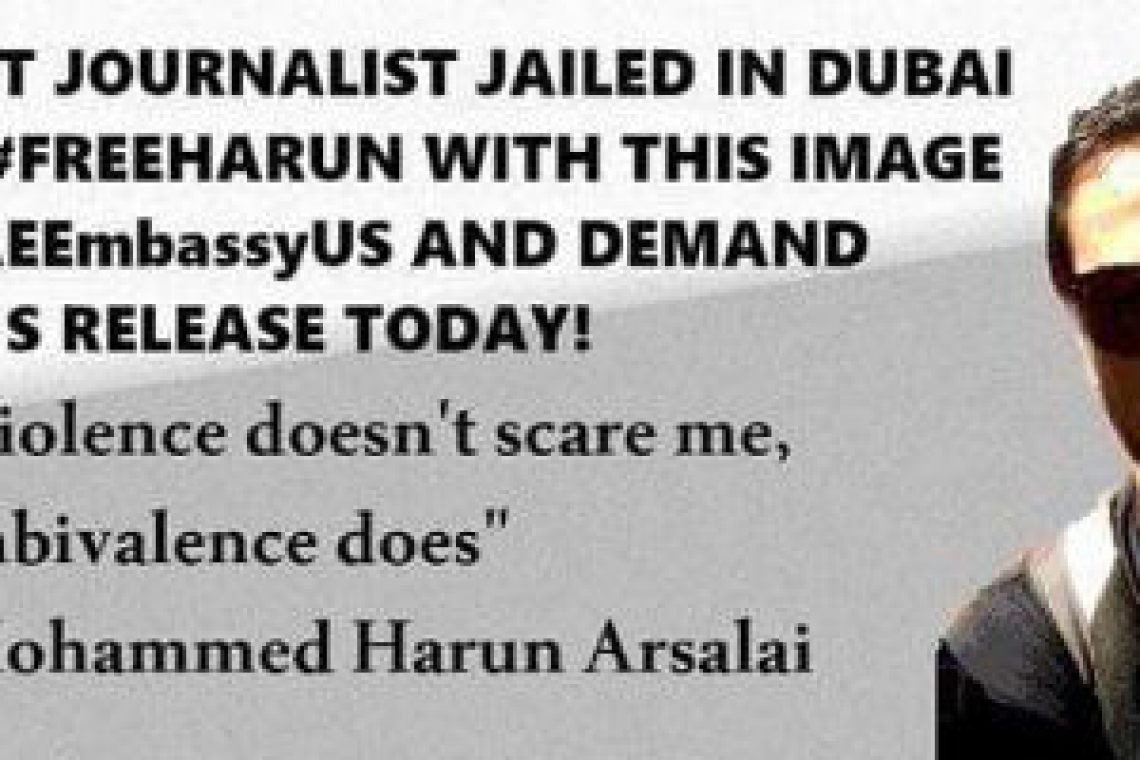 A U.S-Afghan journalist has been detained for more than two weeks without a hearing in the United Arab Emirates, his brother told teleSUR on Friday.

Mohammed Harun Arsalai, 35, “was arrested 18 days ago and is still being held without charge at Duba Central Jail,” according to his brother, Sulaiman. A contributor to teleSUR, Arsalai is primary based in Kabul, Afghanistan, where he has reported on the U.S. occupation and the rise of the Islamic State group.

According to Sulaiman, the U.S. Embassy in the UAE, which is a close U.S. ally, told him that his brother was set to be deported to Afghanistan this week. However, that has not happened, he said, and the family has not been able to find out exactly why their family member is still behind bars. “The jail has no record of him by name,” Sulaiman told teleSUR. “They keep asking for a case number which I do not have.”

"I have not received any straight answers from anyone," Sulaiman added.

Arsalai, who was in Dubai to meet up with his 73-year-old father, could end up being detained for nearly a month without a hearing. “Harun called one of our relatives a couple days ago saying the court decided to push back his case until after the holidays,” Sulaiman said, referring to Eid al-Adha, which is celebrated in the UAE from Sept. 9 to 17.

The Committee to Protect Journalists has been in touch with Sulaiman and contacts in Dubai are working to find out more about his status.

The U.S. Embassy in the UAE did not immediately return a request for comment.