Qatar: How a crackdown on fake news will restrict freedom of expression 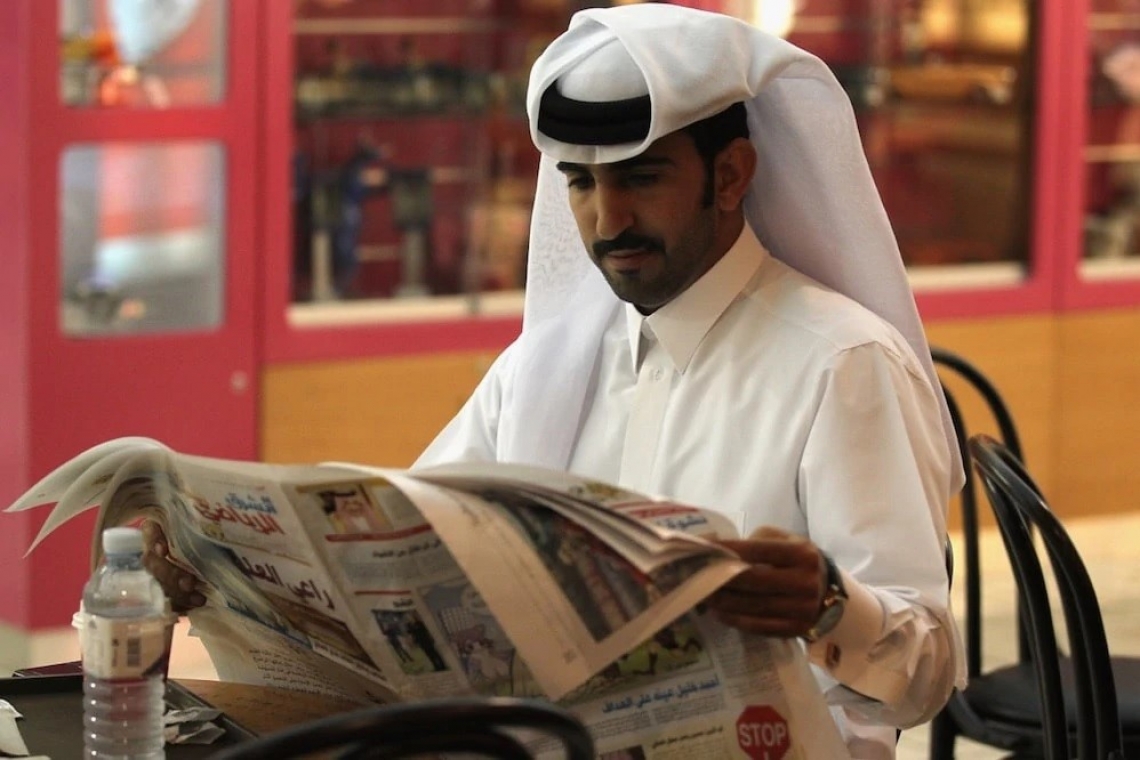 Newly proposed amendments to Qatar’s penal code would impose harsh punishment for the dissemination of fake news, dealing a new blow to freedom of expression in the country.

New amendments proposed to Qatar’s Penal Code would lead to serious restrictions on freedom of expression if implemented. The Qatari newspaper Al-Raya published what it called amendments to the Penal Code of 2004 which include imprisonment and heavy fines for a broad range of expression and publication. However, the newspaper subsequently corrected itself, leading to confusion and concern over the government’s intentions, particularly as imprisonment for up to five years remains in the proposed amendments.

“A penalty of imprisonment for a period not exceeding five years and a fine not exceeding (100,000) one hundred thousand Qatari Riyals, or one of these two punishments, [for] whoever addresses in a public manner, inside or outside, the public affairs of the state, or broadcasts, or publishes or re-publishes false news, statements or false or tendentious rumors or provocative propaganda, and that would provoke public opinion, or undermine confidence in the performance of state institutions or those in charge of them, or harm national interests, or prejudice the social order of the state, or prejudice the public order of the state.

The penalty stipulated in the previous paragraph shall be doubled if the crime occurred in wartime.”

It is very concerning that this amended text contains loosely defined terms such as “the public interest of the state” in addition to the inclusion in the punishment of those who were inside or outside the country, as well as everyone who has published or republished content. This results in the amendment being of an oppressive and arbitrary nature that can easily be used by the authorities to restrict public freedoms and in particular freedom of opinion, freedom of expression, and freedom of the press.

The newspaper published an apology on 19 January 2020 in which it said, “We apologise to our dear readers for the controversy over the amendments to the Penal Code, which Al-Raya obtained from an unofficial source, and published without confirmation by the competent authorities. It has been deleted from our site and our accounts on social media.” Nevertheless, there are serious concerns that the authorities intend to legislate these amendments and not give any space to citizens and expatriates to give their opinion on the country’s public affairs.

Al-Raya is a semi-official newspaper and has extensive and complex relations with senior officials, and its apology is not entirely credible. It is plausible that the uproar caused by the publication of the amendments has forced the authorities to withdraw from their plans at the present time.

Article (136 bis) published in the official newspaper of the state says:

“A penalty of imprisonment for a period not exceeding five years and a fine of no more than (100,000) one hundred thousand riyals, or one of these two penalties, shall be imposed on anyone who broadcasts, or publishes or re-publishes rumours, statements, false or malicious news or propaganda, at home or abroad, with the intention of harming national interests, provoking public opinion, or violating the social system or public order of the state.

The penalty stipulated in the previous paragraph shall be doubled if the crime occurred in wartime.”

Article 136 in its original text is also broad and comprehensive, which can be easily used to target bloggers and independent journalists, as the authorities may consider any point of view as harmful to “national interests” and provoking “public opinion.”

The Gulf Centre for Human Rights (GCHR) calls on the Qatari authorities to respect freedom of expression and opinion and to withdraw any amendments to the law which would violate these rights, or which would lead to imprisonment or other punitive measures for peaceful opinion. The authorities should also abolish oppressive laws.

This statement was originally published on gc4hr.org on 21 January 2020.