At least 32 Journalists have Died of COVID-19 in Iran, New Study Shows 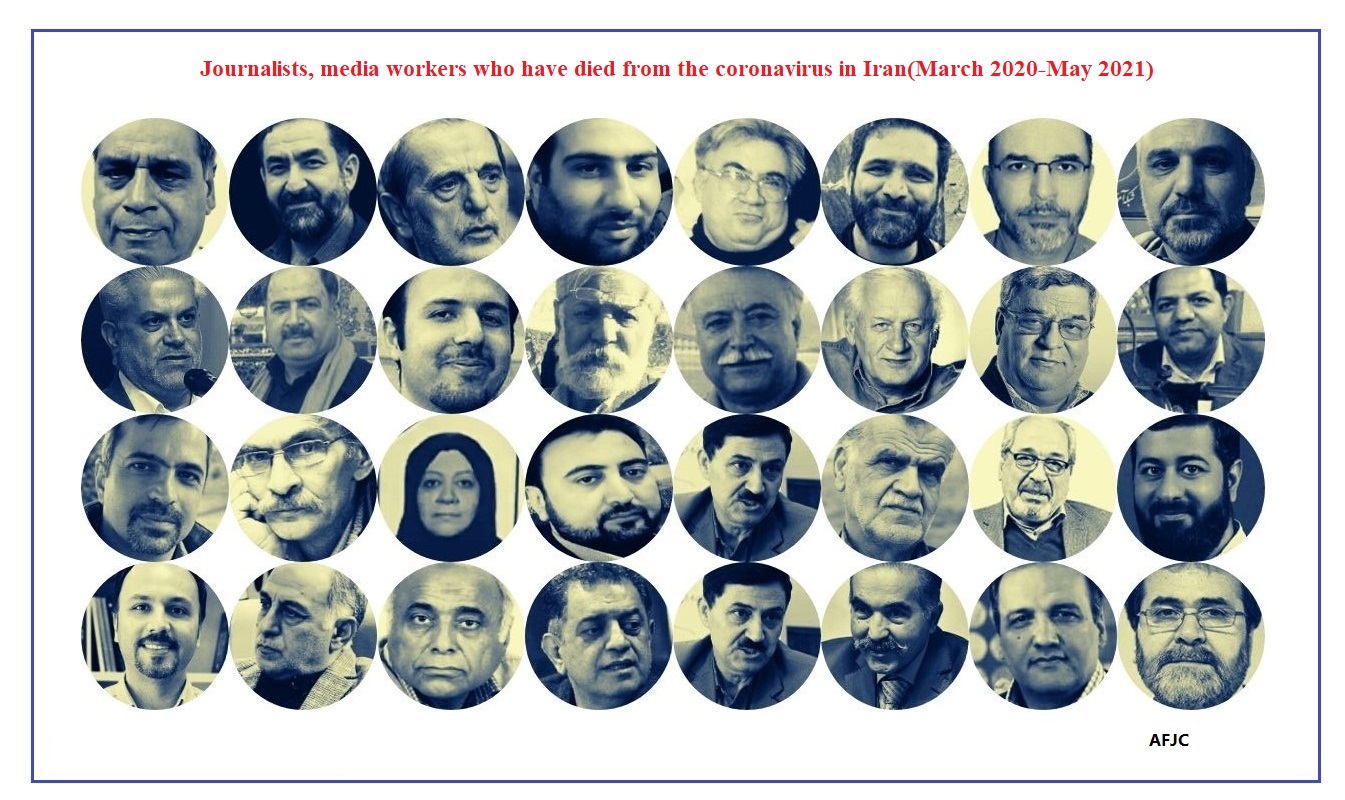 Kabul- At least 32 journalists have died in Iran due to the Covid-19 pandemic, a new report by the Afghanistan Journalists Center(AFJC) has shown.

Despite constantly being on the field and on duty throughout the pandemic, journalists were mostly not considered as frontline workers and were not given priority in the vaccination drive in Iran. And now, an AFJC study has found that at least 32 media persons, including many well-known journalists, lost their lives from Covid-19 since March 2020.

According to the statistics of the Afghanistan Journalists Center, on average, two journalists died every month in Iran: Tehran comes first with more than 16 deaths, Kermanshah, Ilam, Tabriz, Kerman, and Uromia, follow with 2 deaths each. Also, AFJC identified at least one death in the following cities: Hamadan, Shiraz, Arak, Lahijan, Ahwaz, and Ghazwin.

The AFJC count is based on information from local media, including state-owned radio and television and non-governmental media outlets, however, the actual number of victims is certainly higher, as the cause of death of journalists is sometimes not specified or their death not announced.

According to the Geneva-based Press Emblem Campaign(PEC), at least 1,330 journalists and media workers have died in 76 countries since March 2020, including 9 in Afghanistan.