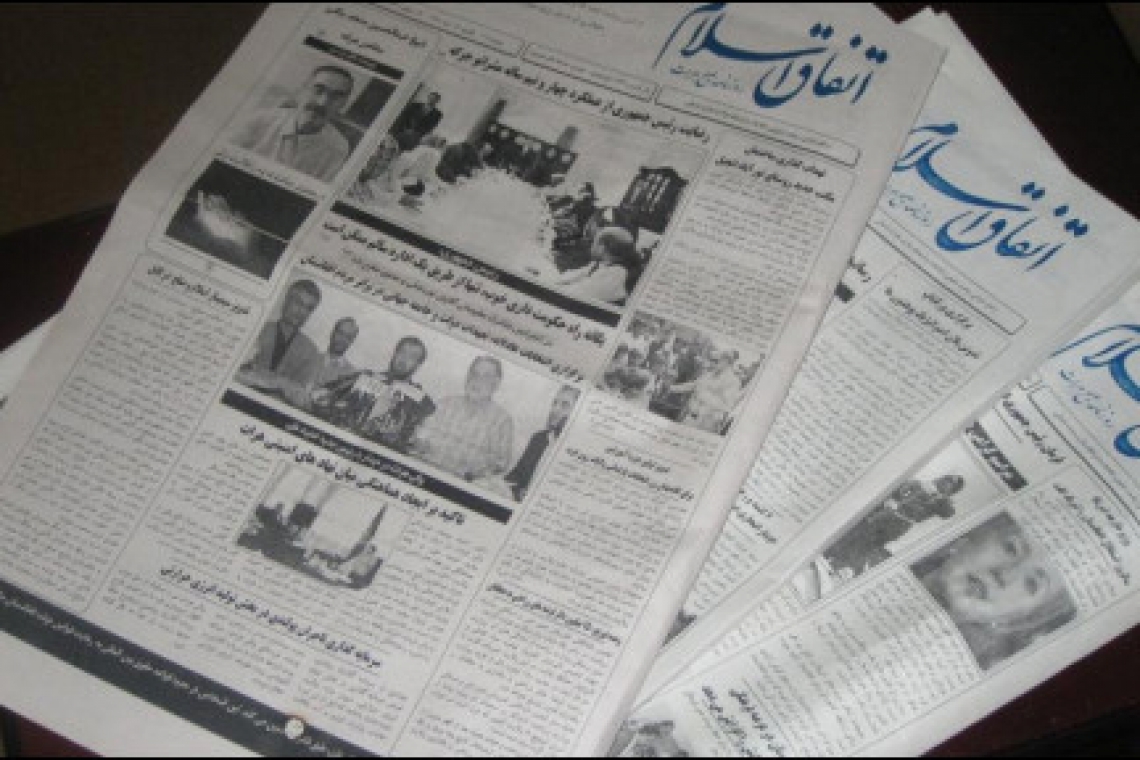 Etifaq-e Islam, the first daily and the only active newspaper in Herat, suspended its 92 year long publication following a budget shortfall.

The first lithography issue of the paper was a published on August 22, 1920 in Herat city. From that time on, despite serious ups and downs, even during the Taliban regime the paper’s publishing continued.

Jawid Noorzad, the editor-in- chief of Etifaq-e Islam daily said that following the budget deduction announcement early in 2012, the Afghan Ministry of Information and Culture cut down the employees of the paper from 13 to six.

According to Mr. Noorzad, from the beginning of current week the publication got suspended when seven employees, including one volunteer reporter stopped their work.

Mr. Noorzad added that in the past one decade the paper has been facing financial difficulties; however the provincial governors of the time had allowed inclusion of commercial advertisements to cover part of the paper’s cost.

According to Mr. Noorzad, following the official budget deduction announcement by the government, the paper’s income generating resources also shrunk.

Being a government publication, Etifaq-e Islam daily had reflected the policies and visions of various governments in the past one century. The publication’s volume varied from time to time; however, the literary section of the paper due to active cooperation of the cultural activists has throughout its history had rich contents.

Most editors in the paper were famous Afghan cultural and political experts like Alama Salahuddin Saljoqi and Mohammad Hashim Maiwandwal, who were the prime minister and the activists of democratic decade of media in the kingdom of Mohammad Zahir.

The four-page paper’s contents in its initial years included the national and international news, political editorials, cultural and literary articles along with stories reflecting government’s activities that were either hand written or printed in lithography.

Due to financial restrictions, Etifaq-e Islam was sometime published as weekly. However, in the past one decade the youth and new generation employees brought creativity to the paper.

In 2009, under the management of Naqib Aroeen, the paper printed five thousand copies of an eight-page insertion ‘shash shanba’ along with its four-pages of original daily that were printed in Farsi and Pashto.

The publication of weekly insertion, mostly filled with satire reflecting the current affairs issues, continued for one year.