Farah- In honor of International Women’s Day, a new radio station, for women by women, Naway-e-Zan(voice of woman) launched in western Farah Province on Monday, March 8.

“As an Afghan woman, I'm excited and proud to officially launch our project-for women by women radio station-on International Women’s Day, a day that celebrates the achievements of women in Afghanistan and all over the world,” founder of the Naway-e-Zan radio station Homaira Mohammadi told AFJC

“We want to send a message to all women in the province that we listen to them and care about bringing content that connects with them and answers their daily needs,” she added

According to Mohammadi, the station offers unique and relevant content that’s been specially curated for women and children in Farah province advocating for their rights as well as highlighting gender-sensitive issues, health, education, and domestic violence. 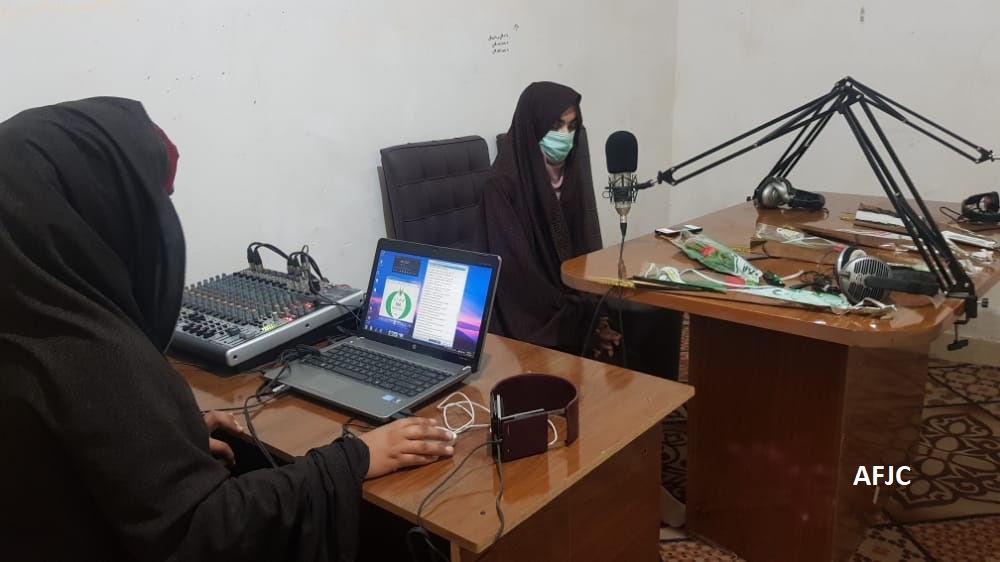 She briefed about the efforts put in to set up the station and highlighted its salient features and said the people living in Farah city, and residents of Balablok, Pusht-e-Road, Khaksafid, GhalaKah and Anardarra districts falling in the radius of 80 km from the station would be able to access the radio programs.

Currently functions with a staff strength of 13, including 10 women, the station will air programs in Farsi/Dari and Pashto languages various topics from 6 a.m. to 11 p.m. at FM 90.2 MHz every day, where some of the evening schedules would be a repetition of the morning program.

Media have flourished tremendously in Afghanistan, and in the western provinces as well in the last two decades and have played a crucial and effective role in providing information, awareness, education programs to the local population.

This is the second radio station dedicated to women to be launched in Farah province. In February, a women-managed Seday-e-Zan radio opened in Farah.

There are six radio stations and a private TV channel operating alongside state-run Radio and Television(RTA) within the Farah province, however, now local people are excited and welcome the second women-managed radio station.