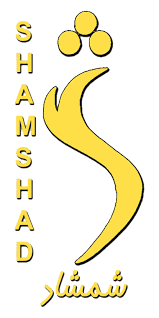 The car bombing happened around 11 am on a convoy of Afghan and foreigner's convoy those are to attend at a ceremony.

Head of the program of Shamshad TV, Bashir Hatef told AFJC, the TV reporter, Zia Abed and cameraman Mostafa were injured in the attack.

"They sustained minor injuries and were discharged from hospital after being treated", he said.

A medical worker killed and a governor guard was wounded in the bombing, Zabul police chief said.

As usual, the Taliban claimed responsibility for the suicide attack. The group’s spokesman, Qari Yousaf Ahmadi said seven foreigners had been killed and five others wounded.

According to the statement of US official, one American young diplomat has been killed along with service members, a Department of Defense civilian and Afghan civilians and four other State Department staffers suffered injuries, one critically.

Three journalists injured in roadside mine blast in Zabul