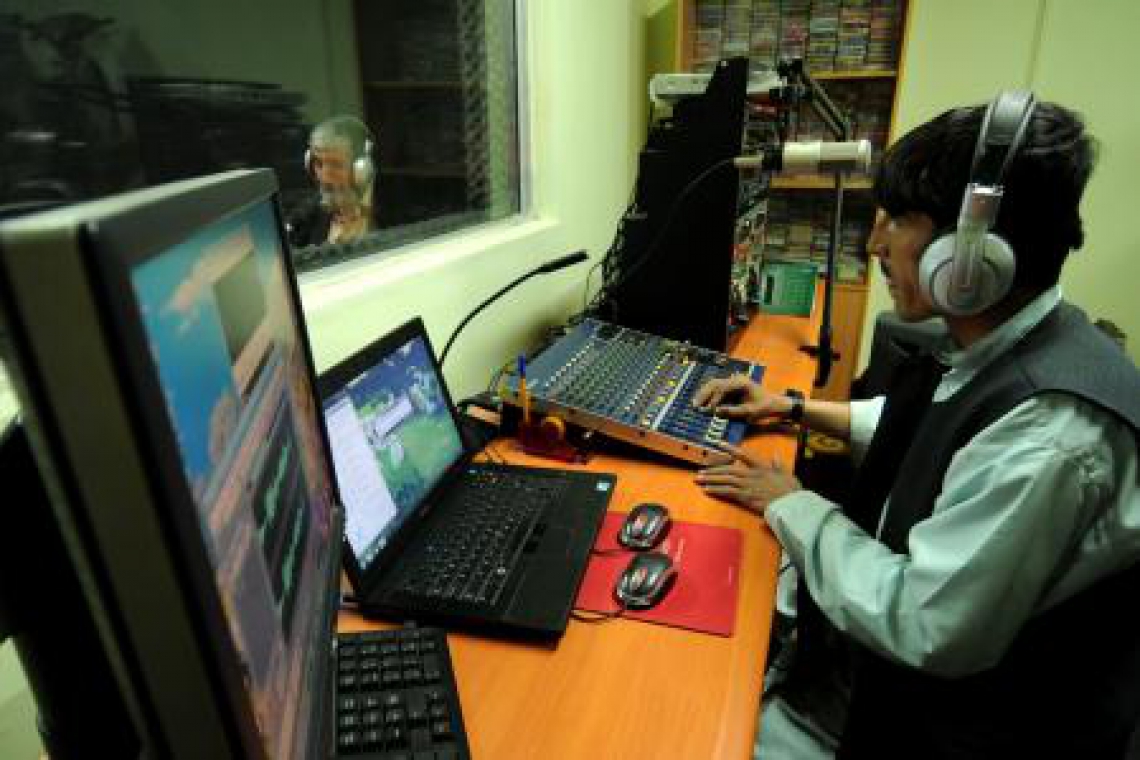 Qalat Ghag station manager, Mr. Timor Shah Shahzada said that since Tuesday 26 Feb. 2013, the stations’ programs have been stopped by the order of deputy provincial governor of Zabul who accused the station for airing the inappropriate and anti government policy programs.

Qalat Ghag radio has been established with the funding from International Security Assistance Forces (ISAF) and is housed in the compound of Qalat city police commissioner’s office.

Mr. Shahzada said, “We have been summoned to police commissioner’s office to provide explanation about the report, but they detained my colleague Mr. Haroon Kiliwal and myself for four hours.”

According to Mr. Shahzada, in this report, “the people and their representatives complained about corruption in the local administration.”

But deputy provincial governor of Zabul, Mr. Mohammad Jan Rasoul denied Mr. Shahzada’s account and said that he has never ordered the suspension of the radio station.

According to Mr. Rasoul, the suspension of Qalat Ghag has taken place by the order of ISAF.

Zabul Police Chief, Mr. Ghulam Sakhi Rogh Lewanai also said, “The radio’s activities take place under the ISAF, and the station manager and his colleague were called to announce an ISAF order. They have not been detained.”

According to Police Chief, the delay in salary payment of the station staff is the reason for the station’s suspension.

He said, “Acting against the profession’s ethical code of conducts, this radio encouraged the people to join the anti government demonstration.”

Afghanistan Journalists Center (AfJC) condemns the closure of Qalat Ghag radio and sees it as an act to limit the activities of free media in the country.

AfJC deputy director, Mr. Faisal Karimi said, “Regardless of whichever organization that might have issued the suspension order of Qala Ghag radio, it is an obvious violation of the law and must therefore be ended.”

According to Mr. Karimi, “In accordance with the rule of law, without the order of an authorized court, none of the government authorities have the right to limit the activities of any media organizations.”

This is the first time in the past 11 years that a local radio has been closed for its coverage of anti government events.

Three journalists injured in roadside mine blast in Zabul