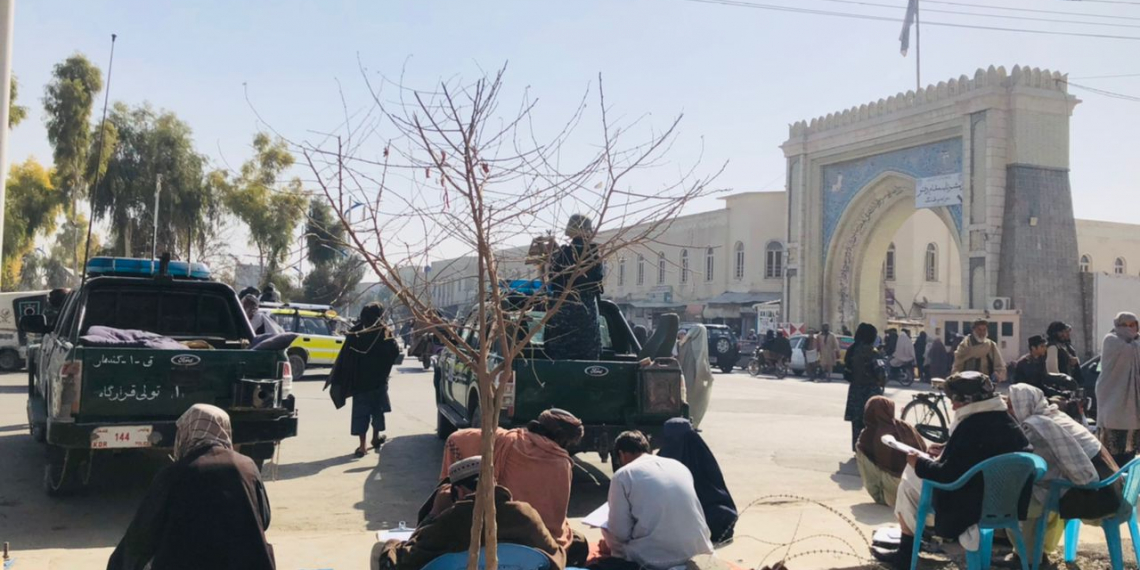 Family members of a woman killed by security forces took her body to the governor's office in Kandahar demanding justice from the authorities. photo: Rokhshana

Kandahar- Afghanistan Journalists Center(AFJC) condemns the Taliban forces repressive actions against journalists covering the protest in Kandahar city and urges the Taliban authorities to allow the media to operate freely and without fear of reprisal.

On February 19, a woman was killed and two others were injured after security forces opened fire at a rickshaw that allegedly did not stop at a checkpoint in the city the Kandahar. The incident has sparked outrage with the family members of the deceased woman taking her body to the governor's office demanding justice from the authorities.

According to the AFJC sources, journalists have struggled to cover the protest but were prevented from carrying out their work by the Taliban officers. At least a journalist from Pajhwok Afghan News harassed, detained for hours at the same place, and had his equipment seized. Also, Taliban police prevented a Tamadon TV reporter from interviewing a protester, given three or four very hard slaps on his face, and forced him to leave the area while other journalists were prevented to cover the incident.

AFJC said: “Journalists must be able to safely report on public demonstrations but these attacks against the press clearly show a very problematic trend of targeted attacks against journalists and restricting free media in Afghanistan. The AFJC urges the Taliban authorities to allow the media to operate freely and without fear of reprisal and to ensure their safety.”