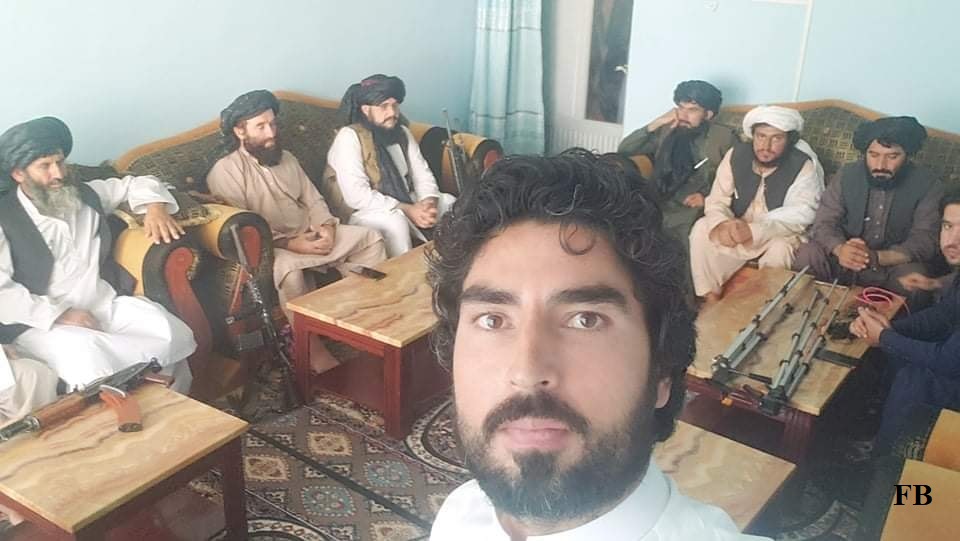 Bismillah Watandoost taking a selfie with a group of Taliban in Spin Boldak district in Southern Kandahar province on July 26, 2021(photo: BW Facebook)

Kandahar- Afghan authorities should cease their intimidation of the journalists and ensure that security forces permit the press to work freely, the Afghanistan Journalists Center said today.

“We are very worried to learn over the arrest of the journalists and condemn the action as illegal and calling on the authorities to release them as soon as possible,” said Ahmad Quraishi, AFJC’ Executive director. “There is absolutely no justification for detaining journalists for interviewing Taliban and reporting from the Taliban-held areas.”

“If local authorities had any grievances or found the reports biased, they could pursue the issue via the Media Complaints Commission, not by illegally detaining the reporters,” AFJC urge local authorities to respect the Afghan Mass Media law and follow their complaint through the complaint commission,” Quraishi added