Journalist detained, questioned by the GDI in Fariyab 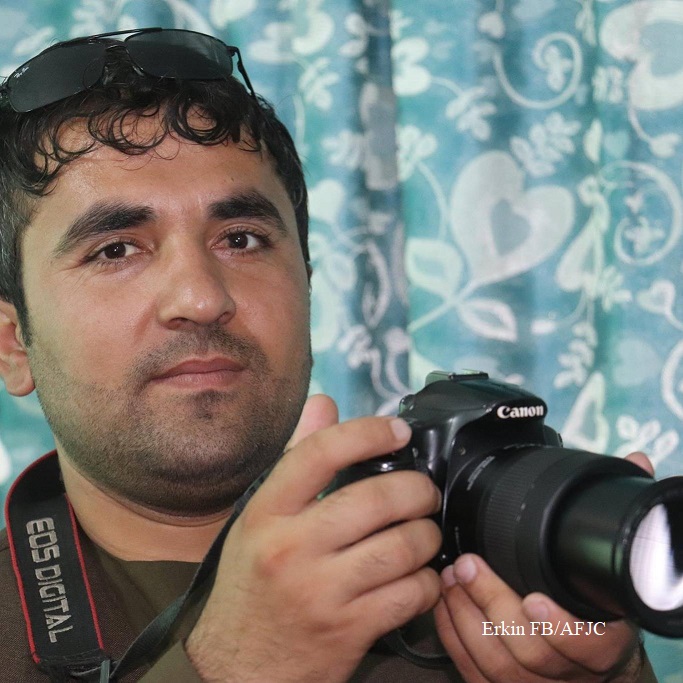 Maimana- Alaeddin Erkin, a journalist from Salam Watandar radio in Fariyab province was detained today. He has been released within two hours of his detainment after being questioned at the General Directorate of Intelligence(GDI), a friend says

Feroze Ghafouri, the head of Tamna Radio in Faryab, said that Talha, the deputy intelligence officer of this province, along with several other forces, took Salam Watandar reporter Alaeddin Erkin from his office at 10:30 this morning.

He told Salam Watandar that Erkin first received a call and was asked about his location.

Ghafouri said that a few minutes later, Talha, Faryab’s deputy intelligence officer, went to his office with some forces and took the journalist of Salamat Watandar with him. He added that the intelligence forces did not say anything about the reason and motive of Alauddin Erkin’s arrest.

According to another friend with knowledge of the situation who spoke to AFJC on the condition of anonymity, the Salam Watandar reporter was released two hours of his detainment after being questioned at GDI. Arkin was detained in relation to reports provided for the media outlet, he said.

AFJC Said:” The detention of Salam Watandar journalist Alaeddin Erkin indicates a worrisome and reprehensible escalation of attacks on the independent media that silencing of critical reportage and blatant disregard for press freedom in Afghanistan.

The AFJC calls on the de facto authorities to fulfill their commitment to supporting press freedom by fully implementing the mass media and access to information laws, and creating a safe working environment for media, free of fears and intimidation.

Journalist detained, questioned by the GDI in Fariyab