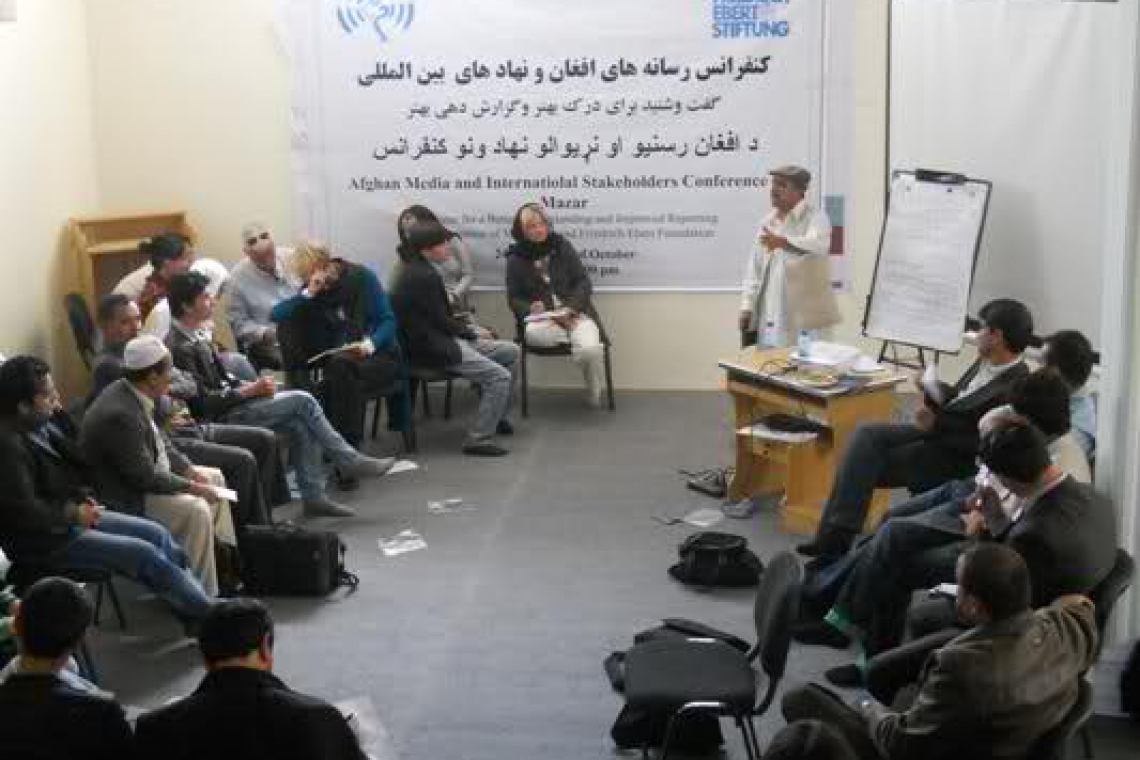 A two-day conference on media attended by journalists and representatives of some national and international organizations ended here on Tuesday.

The conference named A Discourse for Better Understanding and Better Reporting focused on general assessment of media and the challenges it face in Afghanistan, particularly in the North.

Organized by Friedrich Ebert Stiftung (FES) foundation, the conference was attended widely by media representatives and officials from NGOs and some international organizations active in the north in addition to local government representatives.

“Warlords and strongmen still wield great power and influence in the north, especially in Balkh province, which leads to self-censorship of journalists sometimes,” said Babak.

He also lamented the spirit of lack of cooperating and support from information sources within the local government when journalists needed to contact them.

Participants of the conference asked the international community to press the government to allow more freedom for media in areas where it faces threats from local strongmen.

Killer of female journalist murders his wife in Balkh prison

Seminar on media in the North ended

House of journalists established in Mazar-e-Sharif