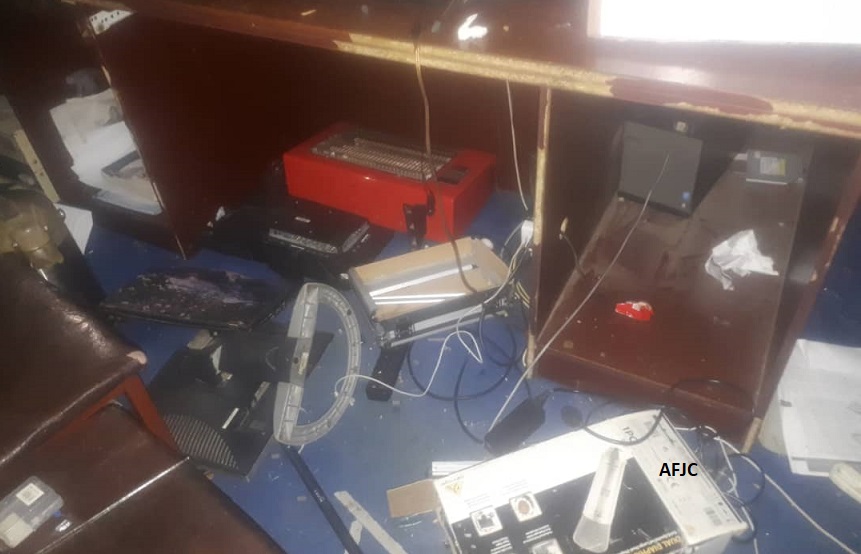 Kunduz- A mob of more than a dozen people led by a cleric stormed the local Zohra radio station in Northeastern Kunduz province on Friday, vandalizing the office, breaking most of the equipment.

The motive behind the attack has been said to be the airing of music by the radio station during Friday prayers, but Ahmadi rejected this claim.

AFJC provincial representative in Kunduz Rahmatullah Hamnawa said that the mob, who just returned from the Friday prayers wanted to set ablaze the radio station and flocked towards two other radio stations in the city, Radio Kaihan and Radio Chiragh, but they were prevented by security forces.

The Afghanistan Journalists Center strongly condemned the assault on Radio Zohra and called on the authorities in Kunduz province for an investigation into the attack and to bring those responsible to justice.

AFJC described attacks like the one on Zohra radio as attacks on the right of the people of Afghanistan to be fully informed.

“We hold the Afghan government responsible for the safety and protection of journalists and news outlets under its jurisdiction." Said AFJC Executive Director Ahmad Quraishi

“This shocking attack on Zohra radio station comes at a time when the targeted killing of journalists already posed serious challenges for press freedom, cannot go unpunished,” he added

Back on air: UNDP re-equips women and youth radio stations in Kunduz