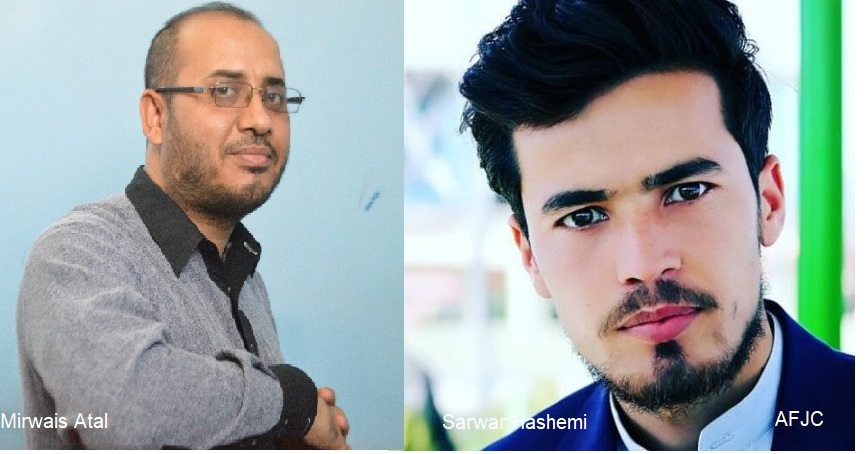 Salam Watandar radio said that Sarwar Hashemi who went to the ministry of education in Kabul today to cover a women and girls protest against restrictions on girls’ access to schools, was arrested by the Taliban’s intelligence forces. “Hashemi was interrogated for more than six hours at the Ministry of Education and, in addition, was held in a room at the ministry for about an hour.”

On March 23, the Taliban administration has announced that girls’ high schools will be closed, hours after they reopened for the first time in nearly seven months. The backtracking by the Taliban means female students above the sixth grade will not be able to attend school.

Hashemi says that his explanations about the reason for his visit to the protest site and showing his media equipment to prove his statements were ignored and he was not allowed to share the matter with the Salam Watandar officials. Hashemi stated that he was released after about six hours of interrogation and contact between the intelligence officials and the forces on the ground.

Also today, in Kandahar, Zma radio news manager Mirwais Atal was arrested in his home, after intelligence forces raided his house around 6 am on Saturday. He was briefly released after 15 hours in detention to collect his mobile phone from his home and forcibly transferred to the Directorate of Intelligence (GDI) detention center his colleagues said. This is the third time that Atal get arrested after the Taliban take over in August.

Meanwhile, Taliban officials in Kandahar asked for an urgent meeting with journalists on Sunday, but the reason for the meeting is not clear yet.

AFJC said: “The arbitrary arrest of Salam Watandar and Zma radio journalists in Kabul and Kandahar by Taliban is unjustifiable and against the Afghan media law. we call on Taliban for the immediate release of the detained journalist, such escalating attacks on journalists are a grave threat to the right to press freedom."

AFJC calls on Taliban to stand by its public commitment to allow a free and independent press and to work with the media in order to promote freedom of the press in the country.

According to the AFJC’s data, at least 72 instances of detention of journalists by forces since the Taliban take over in August 2021.