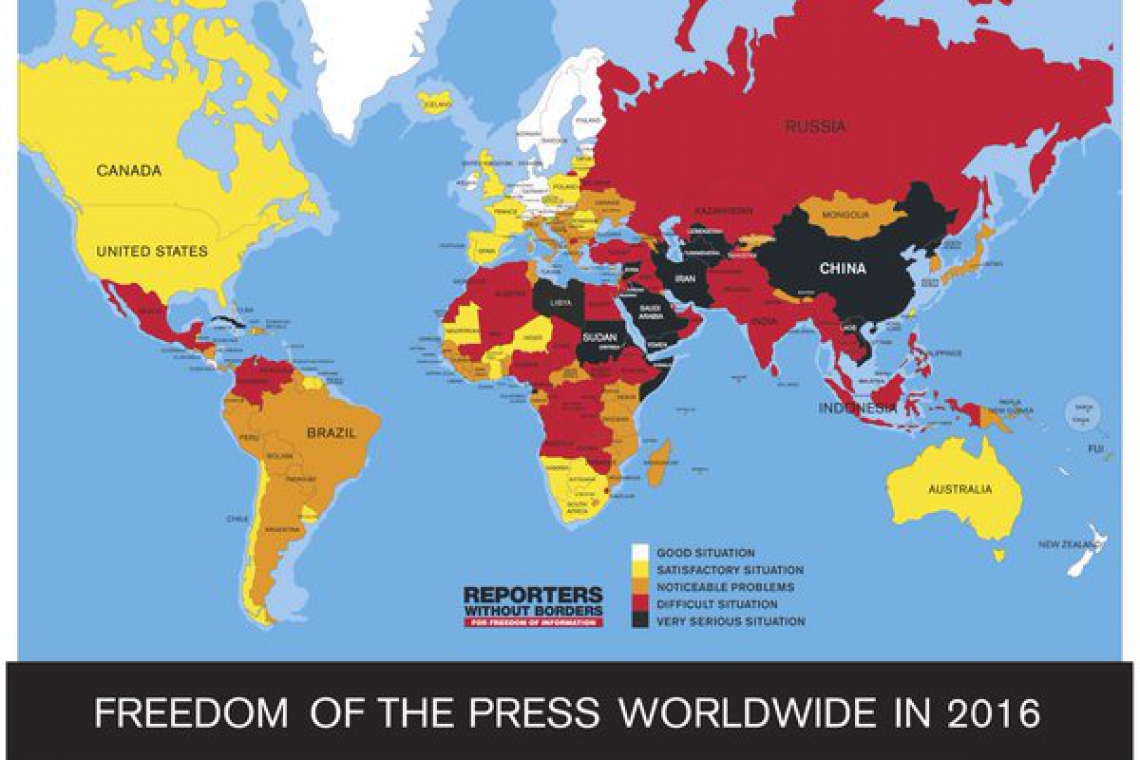 Kabul :Afghanistan has been ranked at 120 among 180 countries in the Reporters Without Borders (RSF)’s latest annual World Press Freedom Index --- two places up under the unity government in 2015.

The index, released by RSF, is led by Finland, which retained its top spot for the sixth consecutive year, followed by the Netherlands and Norway. India jumped three spots from the 136th position it had in 2015.

Pakistan ranks 147, Sri Lanka 141, Bangladesh 144, Nepal 105 and Bhutan 94. China is ranked 176, the United States 44th and Russia is placed at the 148th place. The report shows ‘a deep and disturbing decline in respect for media freedom at both the global and regional levels.’

“It is unfortunately clear that many of the world’s leaders are developing a form of paranoia about legitimate journalism,” RSF secretary-general Christophe Deloire said.

“The climate of fear results in a growing aversion to debate and pluralism, a clampdown on the media by ever more authoritarian and oppressive governments and reporting in the privately-owned media that is increasingly shaped by personal interests,” he said.

Among the lowest ranked countries are Syria, at 177th place out of 180, just above North Korea 179th and last placed Eritrea.

Published annually since 2002, the World Press Freedom Index is based on an evaluation of media freedom that measures pluralism, media independence, the quality of the legal framework and the safety of journalists in 180 countries.

The RSF, the Paris-based organization, in its report welcomed Afghanistan’s improvement and said the country was ahead of its five neighboring countries in the freedom of press index.

The report said the Afghan media stayed persistent during the disputed 2014 presidential election and the subsequent political impasse and attacks and threats from Taliban and Islamic State groups.

Taliban and Daesh activities increased last year when a radio station, Pajhwok Afghan News bureau office, the Voice of America and The Killid Group came under attack in Jalalabad, the capital of eastern Nangarhar province.

The intensifying clashes forced journalists and media outlets in some provinces of Afghanistan, including Nangarhar and Baghlan, into limiting or bringing to a complete halt their activities.

The report said Afghanistan was slowing returning to a civil war, with journalists coming under attacks and hurled threats. But the unity government has taken some steps in support of access to information.

It cited the dissolution of the media violations commission and the approval of access to information law and some other achievements.Pajhwok