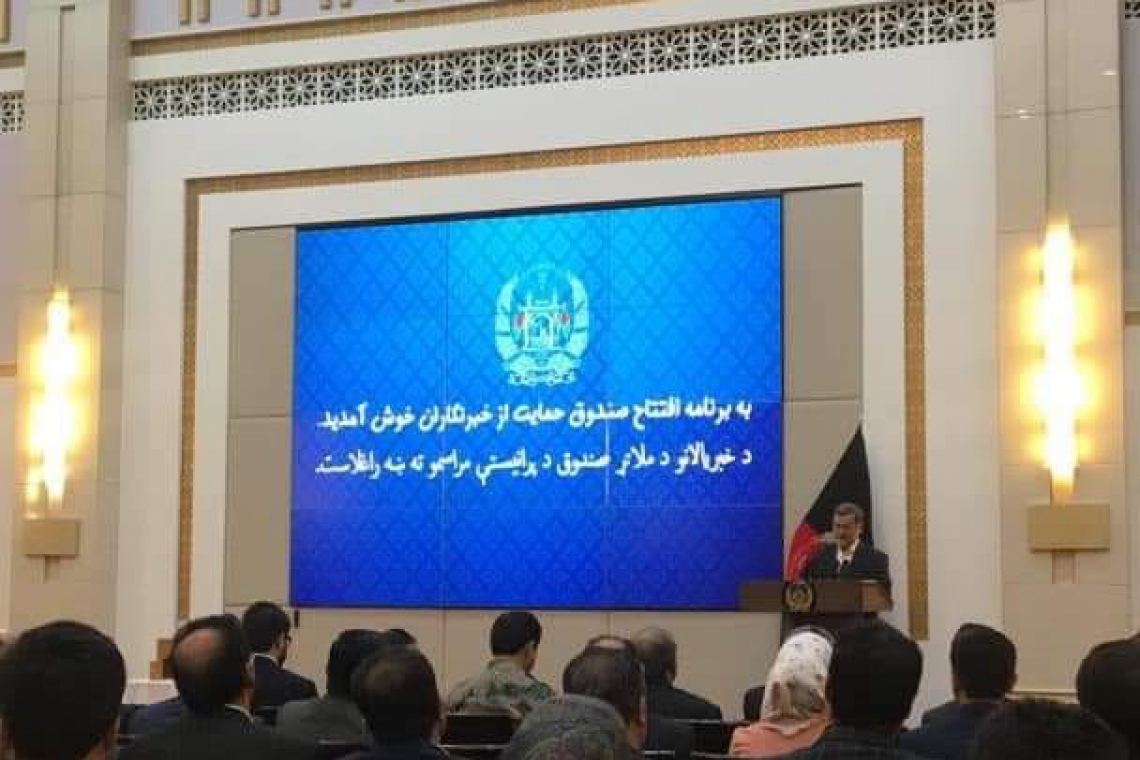 Kabul--President Ashraf Ghani on Tuesday said the National Unity Government is not at odds with the media and that government and the media should work together and be committed to implementing the law.

Ghani made the remarks at the re-launch of the Journalists Support Fund at the Presidential Palace – a fund that will help members of the media including families of those killed.

Ghani in turn donated five million AFs of his own money to the fund and the Ministry of Finance pledged to donate 10 million AFs. (about $200,000)

President said government and the media needs to work together, because they have shared goals - which is the strengthening of the peoples’ rights.

“We are not in confrontation between government and media. Our shared goal is strengthening citizens’ rights that have been granted to every Afghan through the constitution,” said Ghani.

Ghani did however say that media owners in Afghanistan were not implementing the labor law properly and were not respecting the rights of journalists.

“(Media) to a high extent have not implemented the labor law. Now is the time to take an active part in establishing insurance (policies) for journalists. It is not acceptable that media steps on the law. When you do not pay tax, it is another issue, but when the rights of journalists are not respected, the law should be implemented against media owners,” said Ghani.

President also said the media should not violate laws and that laws should be enforced on media owners.

Ghani said government will not interfere in Saturday’s elections adding that the results of the elections should be acceptable to the nation.

“It is an obvious need that the results should be acceptable to the great nation of Afghanistan. We appreciate the role of people and the vast role of candidates,” Ghani said.

Second Vice President Mohammad Sarwar Danish meanwhile said at the ceremony that the media should stay away from political games adding that they should not behave as a political opposition.

“(Media) should try not to be involved in political games and not act as a political opposition,” said Danish.ToloNews