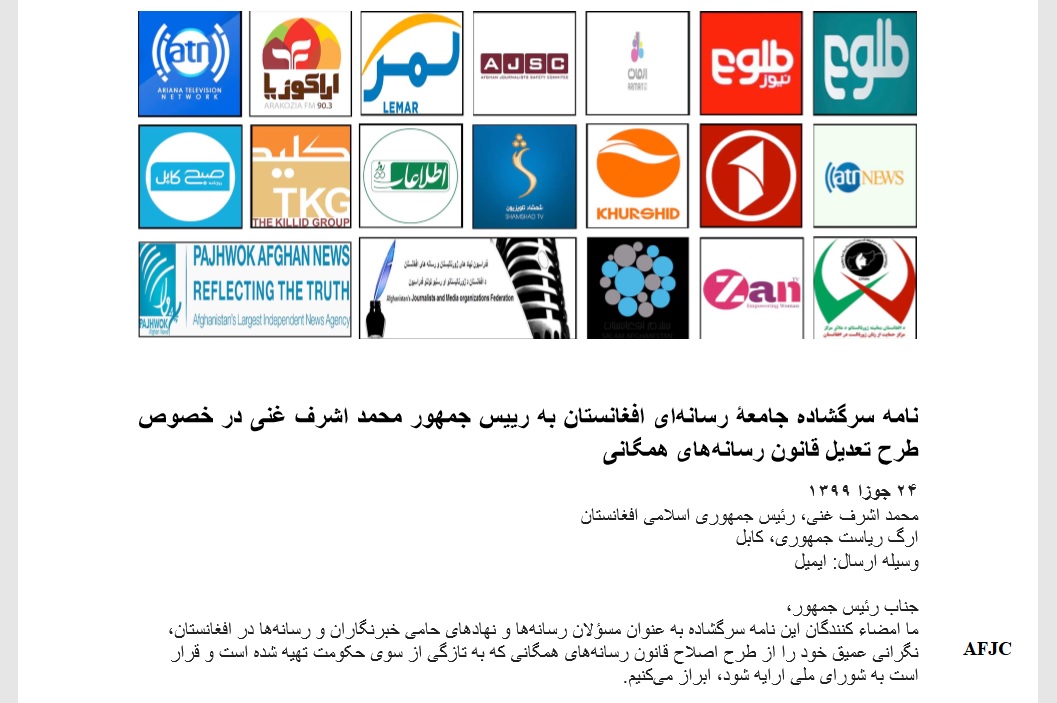 Kabul- Afghan media outlets together with the Afghanistan federation of journalists in an open letter to President Ashraf Ghani slammed proposed amendments to the media law by the Afghan government as an authoritarian move to potentially restrict the freedom of the press.

The new amendments have been approved by the cabinet and the draft is set to be sent to the parliament for ratification, TOLO News reported on Monday.

The 6 chapters and 59 articles of the mass media law have been approved by the cabinet and are expected to be sent to the parliament for approval.

The letter by the Afghan media and federation of journalists says that the proposed amendments are in contravention of the articles 7, 34, 120 and 122 of Afghanistan’s Constitution and in contravention of article 19 of the Universal Declaration of Human Rights that guarantees the freedom of speech without restrictions.

Article 34 of the constitution says, “Freedom of expression shall be inviolable. Every Afghan shall have the right to express thoughts through speech, writing, illustrations as well as other means in accordance with provisions of this constitution.” It also says that “every Afghan shall have the right, according to provisions of law, to print and publish on subjects without prior submission to state authorities. Directives related to the press, radio and television as well as publications and other mass media shall be regulated by law.” 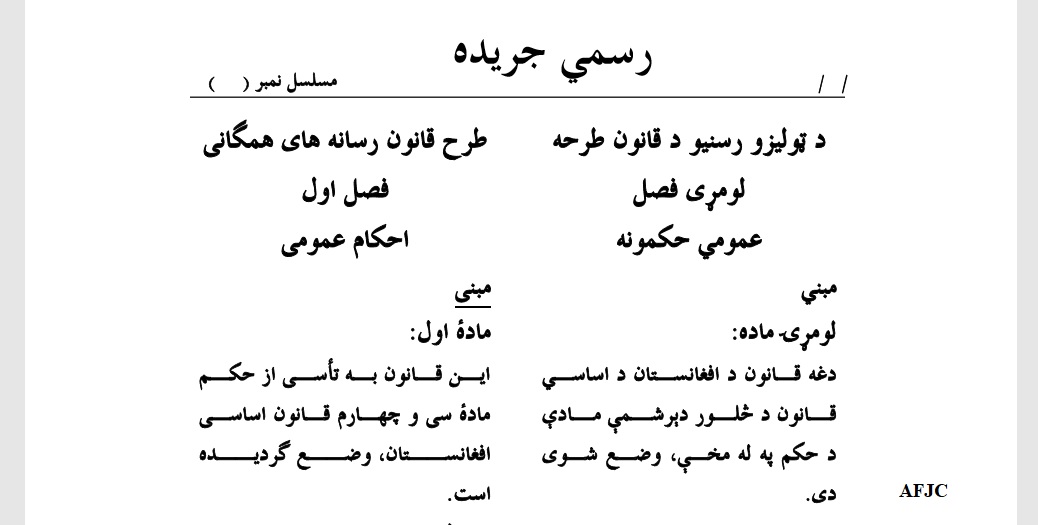 The constitution of Afghanistan states that no law shall, under any circumstances, exclude any case or area from the jurisdiction of the judicial organ as defined in this chapter and submit it to another authority.

According to article 19 of Universal Declaration of Human Rights, everyone has the right to freedom of opinion and expression; this right includes freedom to hold opinions without interference and to seek, receive and impart information and ideas through any media and regardless of frontiers.

In the amendment plan, the authority has been given to the government and the list of prohibited items for publication has been extended and the supporting article for journalists to avoid disclosing their source of information has been removed.

Article 6 of the mass media law says Journalists shall have the right to avoid disclosing their source of information, except when a competent court orders the disclosure. But the amended draft says that the source of information can be disclosed to government institutions such as police, NDS and the Attorney General’s Office.

Also, the amendments of mass media will make the cancelation of media outlets and media-supporting organizations’ licenses easy in the absence of transparent financial resources.

"Amendments suggested by the government on at least 13 articles of the law is controversial and will limit media activities and freedom of expression in Afghanistan and as a norm that we fear can be used to silence the independent press in the country.” said Ahmad Quraishi, Director of Afghanistan Journalists Center(AFJC)

Meanwhile, the Presidential Palace has said that the government will address the concerns of the Afghan journalists. Tolonews reported

“The Afghan government will never impose restrictions, the press freedom is an important gain for us as a nation,” said Sediq Sediqqi, a spokesman for President Ashraf Ghani.