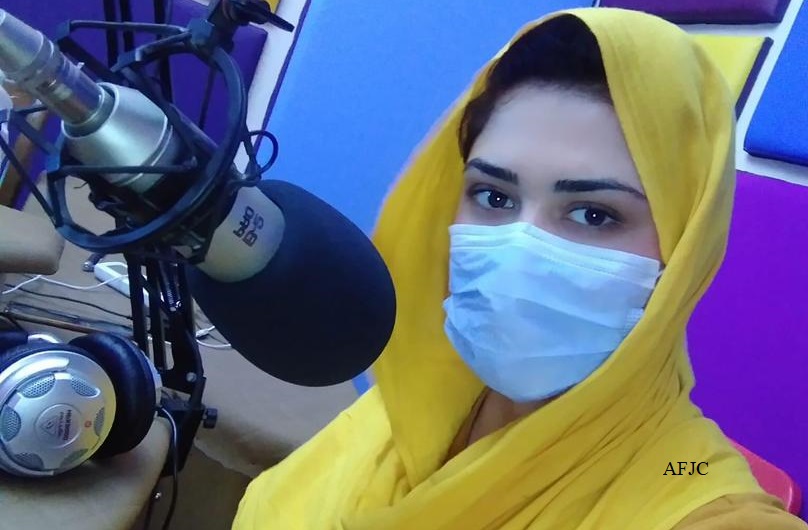 Kabul- Selgai Ehsas, a female journalist from Doost Radio station, was pistol-whipped, and severely beaten up by unknown gunmen in eastern Nangarhar province. The de facto authorities must thoroughly and swiftly investigate the attack, and do everything in their power to ensure the safety of members of the press, the Afghanistan Journalists Center(AFJC) said on Sunday.

While Ehsaas was returning from work on 20th July, unidentified gunmen stopped her and pistol-whipped her in Moi Mubarak village of Surkh Rod district, local reporters told AFJC.

According to the local reporters, she was beaten before being transferred to the hospital and is still in shock and dread. She said she does not “feel safe”. The locals brought Selgai to the hospital after she fell unconscious due to the attack.

It is alleged that the female broadcaster was beaten by the Taliban; however, the Information and Culture Department of the Taliban in Nangarhar province has denied the claim and has stated that it is investigating the nature of the situation and its causes.

She is also said to work as a midwife in one of the private hospitals.

Previously, on June 6, the manager of Dost Radio, Sahaar Sirat Safi, was detained by Taliban intelligence in Kabul and released after 28 days.

AFJC calls on de facto authorities to investigate the attack on journalist Selgai Ehsas and allow local press members to work freely. According to AFJC’s press freedom tracker, violence against journalists and media workers has doubled since the Taliban seized power in August 2021. The organization documented at least 150 cases of violence against journalists, and media workers in Afghanistan during the last 11 months.