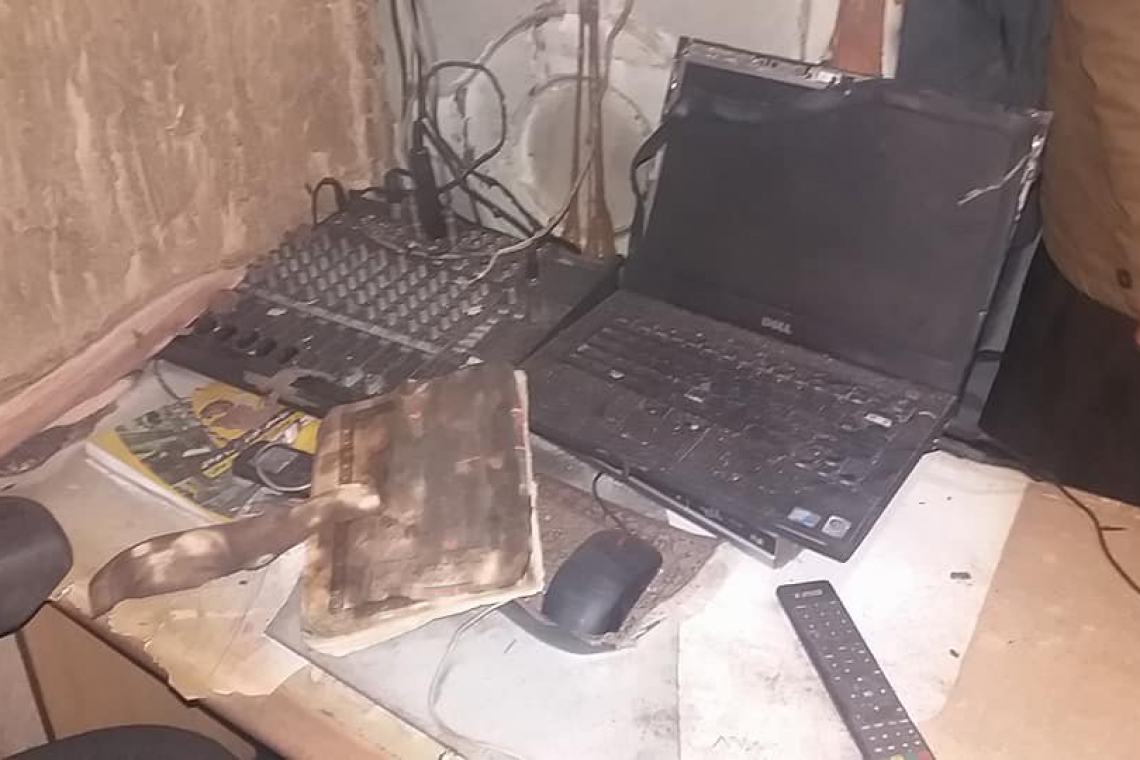 FirouzKouh: The Afghanistan Journalists Center(AFJC) condemns an arson attack on the private Radio Sarhad in remote province of Ghor on Sunday and calls on the Afghan government to identify and prosecute the perpetrators.

"We do not know why the burnt [down] the station. All devices and equipment, including the broadcast building, were torched and destroyed.” he said

"People loved the station; it is a great loss to us."

An eyewitness, who declined to be named, said he saw flames on the roof of the radio station before a blast occurred and a motorcyclist fled the area.

No group has so far claimed responsibility for the attack.

"The attack on Radio Sarhad effectively hinders an entire community in a remote province from exercising its right to be informed” said Mr. Quraishi

“The government must immediately conduct a thorough investigation and bring the perpetrators to justice." he added

Sarhad Radio station was established in 2014 in Ferozkouh, the provincial capital of Ghor province, and became popular across the province in a short time.