Nili: Unidentified gunmen beat the owner of the local Nasim Radio in the central province of Dikundi and launched grenade attack on the station in capital Nili last night.

“Two masked gunmen entered our house in Nili city and regularly beat me in the head with the butt of the pistol and then went toward the besides building which is the radio station located and threw grenade inside the campus.” he said 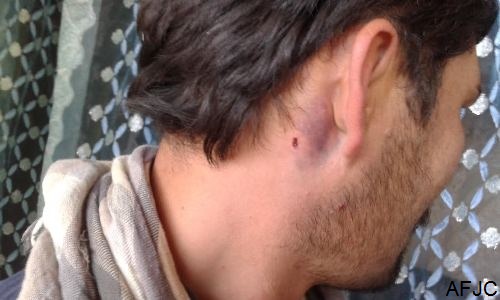 According to Mr. Wahedi, the explosion did not have casualties but slightly damaged the offices and shattered windows of the nearby residents.

No group has so far claimed responsibility for the incident. However, local journalists had previously received warnings from Powerbrokers.

Spokesperson for the Dikundi governor, Shir Mohammad Entezar confirmed the incident, but he declined to provide additional information.

The Afghanistan Journalists Center (AFJC) strongly condemns the incident and urges the local authorities to immediately carry out an investigation into the incident and arrest the perpetrators.

AFJC call for a credible investigation to send a message that attack on journalists will not be tolerated with impunity.