Violence Against Journalists Doubled Since Taliban’s Takeover of Afghanistan 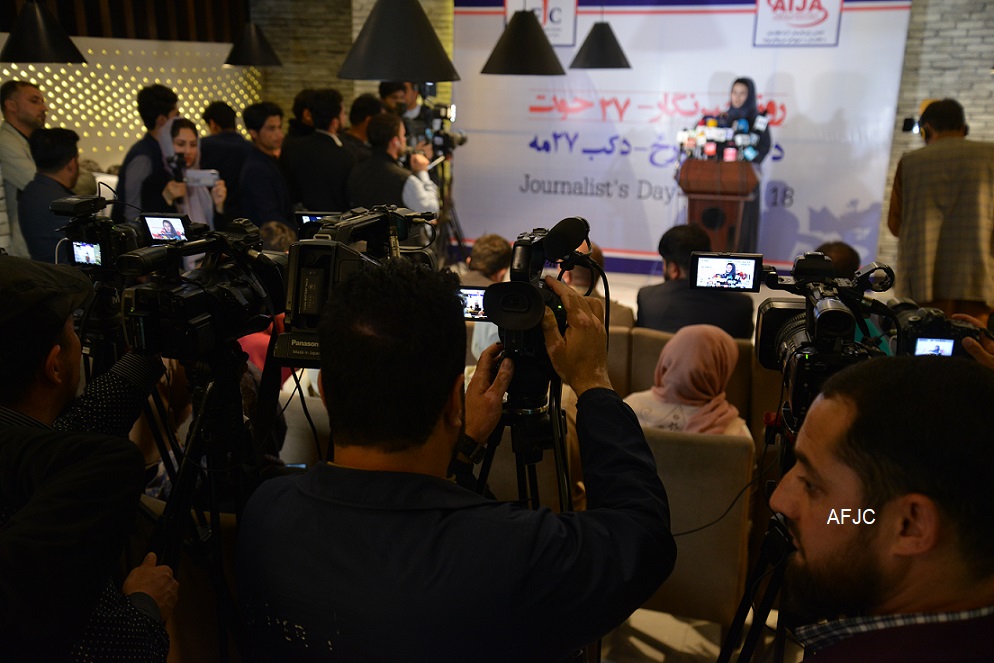 Kabul: Violence against journalists and media workers has doubled since the Taliban seized power in Afghanistan in mid-August of last year.

A report jointly issued by Afghanistan Journalists Center (AFJC) and the Afghan Independent Journalists Association (AIJA) indicates that almost half of the media outlets have ceased operations since the Taliban took over Afghanistan.

The annual report, which covers the 1400 solar year (March 2021 to March 2022), documented 117 cases of violence against journalists and media, which include the murder of four journalists. Injuries, physical and verbal harassment, short-term detention, insult and humiliation, abduction, and various forms of threats are among the other instances of violence recorded in the report.

The four journalists who lost their lives include Ariana News Presenter Mina Khairi who was killed in a bomb blast in Kabul, attributed to Daesh; and Reuters reporter Danish Sediqi who lost his life while covering a clash between former security forces and the Taliban in Kandahar. Additionally, Raha News Agency’s reporter Alireza Ahmadi and Jahan-e-Sehat TV Channel’s former presenter Najma Sadeqi were killed in a suicide bombing at Kabul Airport, claimed by Daesh. The four murder cases show a decline compared to last year with 11 death cases.

The report, which was released on the occasion of “National Journalist Day”, assesses the situation of journalists in the first five months of the year under the previous government and the last seven months under the Taliban’s control.

There were approximately 33 cases of violence against journalists including injuries, physical harassment, threats, detentions, and abductions in the first five months under the previous government. However, violence has increased in the last seven months with at least 66 instances of violence mostly short-term detention by forces attributed to the Taliban.

The report underlines that hundreds of male and female journalists have left the country since August last year and over 40% of media outlets (224 media outlets including TV channels, radio stations, news websites, and print publications) have shut down their operations due to funding shortage and imposed limitations. An additional 30% of media outlets stand at the brink of collapse, with limited daily or weekly operations at present.

The report acknowledges that after the Taliban’s takeover, an atmosphere of fear and apprehension has been created with an increase in threats against journalists. Access to information has significantly been limited, and journalists have been forced to conduct self-censorship.

While the Taliban’s announcement of adhering to the enforced Mass Media Law and reinstatement of the Media Violation Commission is an encouraging step forward, it remains insufficient for improving the situation of journalists and the media work environment.

The AFJC and AIJA call on the Taliban government to fulfill their commitment to supporting press freedom by fully implementing the mass media and access to information laws, and creating a safe working environment for media, free of fears and intimidation. The AFJC and AIJA renew calls for the reinstatement of the Joint Media and Government Committee, established in the previous government to address security concerns and investigate violent cases against journalists.

The AFJC and AIJA also call on the international community, particularly the United Nations, and the European Union to stand in solidarity with Afghan journalists and continue advocating for the protection of press freedom, which has been considered a major achievement of the past two decades.

The AFJC and AIJA urge the international community to continue providing support in order to prevent the collapse of the Afghan media industry and advocate for the removal of imposed limitations.