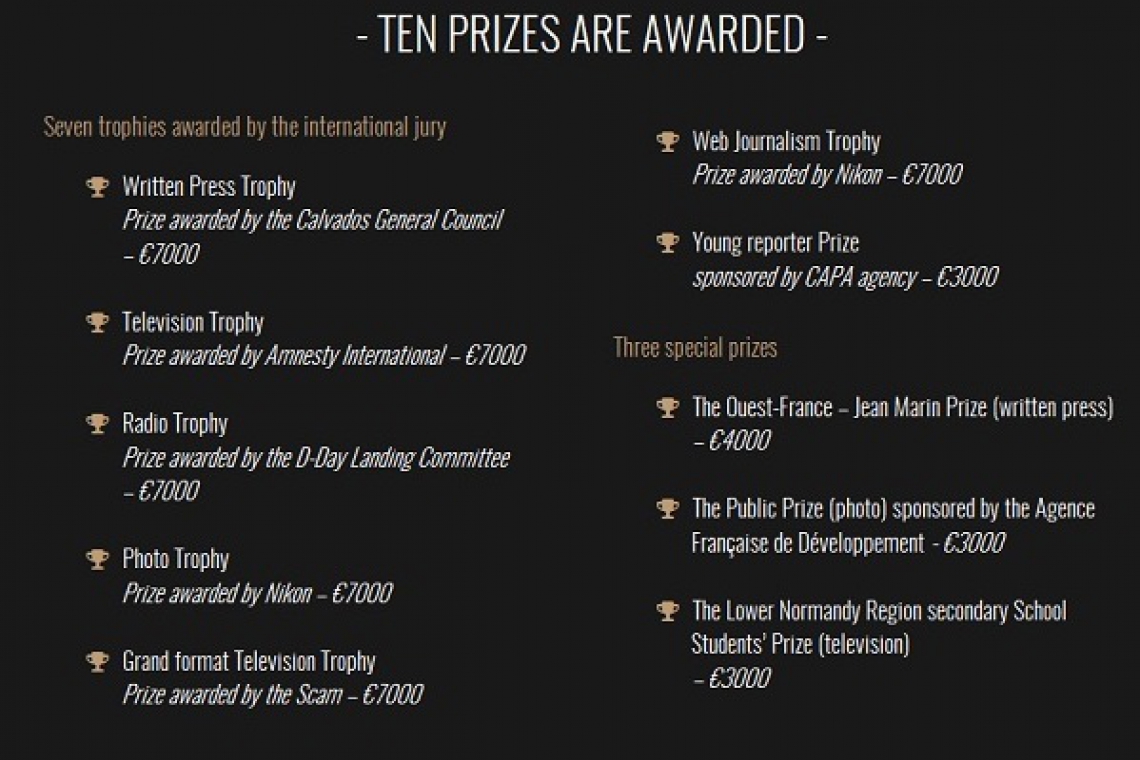 The Bayeux-Calvados Award for War Correspondents, sponsored by the Calvados General Council and the town of Bayeux, France, honors coverage of conflict situations or news events relating to the defense of freedom and democracy.

The reports must be submitted by 8 June 2015

The categories of media represented are: radio – photography – television (short and long formats) – written press and Web Journalism (new since 2011)

*To be considered for the Web Journalism category, the multimedia report must have been published on the Internet or touchpad between the 1 june 2014 and the 31st May 2015.