A Reporter Clutches Life After a Loss That Hits Home 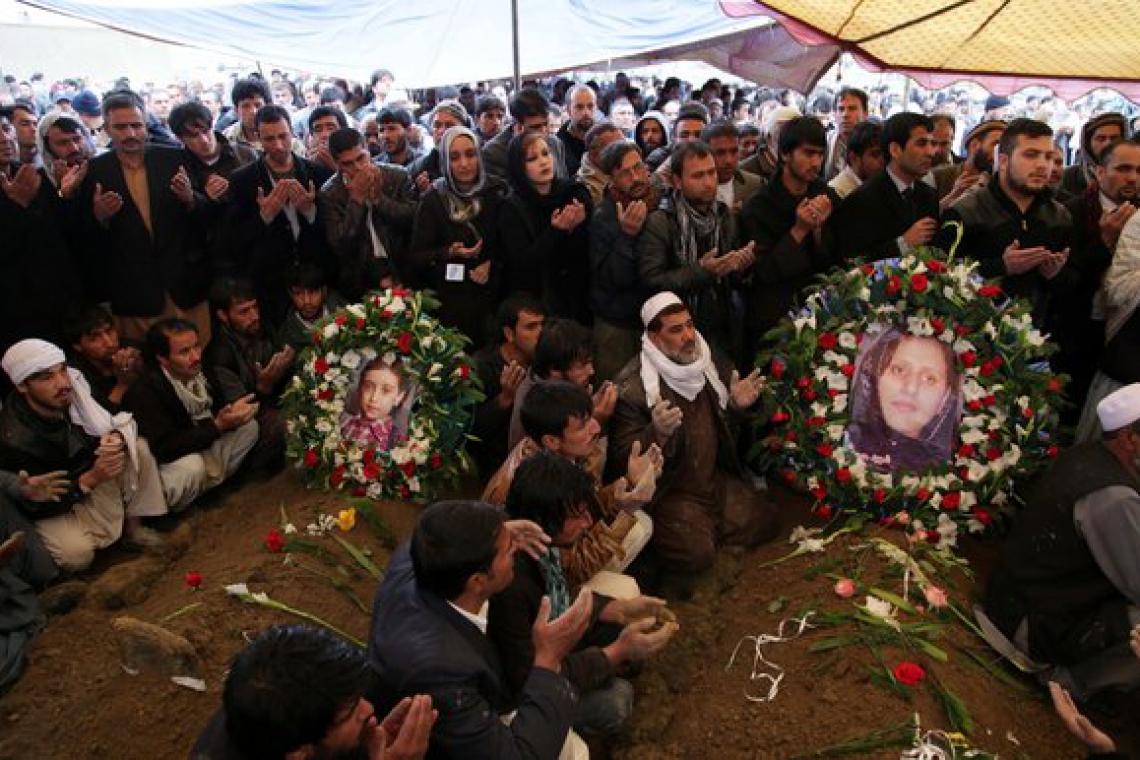 KABUL, Afghanistan — I once asked my mother sarcastically why she and my dad had six children. She looked at me patiently and said, “Because we were not sure that all of you would survive.”

My dad once told me that he was sick of Afghanistan because he could hardly remember going to bed and starting the next day without the news of violence.

Yes, violence and death are our two constant companions, and they are, at least for now, an inseparable part of our lives. You hardly find an Afghan family who has not lost at least one or two members to the never-ending war. I have lost family members, friends and relatives over the years.

For journalists here, reporting at the site of a NATO airstrike or a Taliban suicide attack is part of the job. It’s hard, but now routine: We get the details, report impartially and move on. So for many of us, the report of gunfire at the Serena Hotel on March 21, the eve of the Persian New Year, began as just another story: Four attackers with handguns had managed to get inside the heavily guarded complex, shooting civilians and holding off the security forces.

We were wrong, though. It quickly became personal.

Among those killed was a great Afghan journalist, our friend — my friend –— Sardar Ahmed. His wife and two of their young children were murdered beside him.

I heard about Sardar’s death through a friend who works for the Afghan Interior Ministry, and I was one of the first people who arrived at the morgue to identify his body. The news of his death struck me like a hurricane. I had never felt that broken and devastated, not even when I lost my grandmother and uncle during the civil war. As I was driving to the hospital with a friend, distraught and dizzy, I pinched my thigh, hoping that I was dreaming.

I have reported about parents losing sons, sisters losing brothers, children losing fathers. I used to think that I could feel their pain. I was wrong, and I didn’t realize it until I lost my friend. You have to lose someone close to grasp that feeling.

I couldn’t hold back my tears when I saw Sardar’s body wrapped in a white shroud, lying in a coffin. When they showed us his face for identification, I swear he still had that same goofy smile we all loved.

In the space of an hour, the morgue was swarmed with Afghan and foreign reporters who were friends with Sardar. Everyone was crying, trying to calm one another with hugs and pats on the back. I had never seen that many young men crying in one place at one time. The question that we all were asking each other was: Why Sardar? Of all the people in the world, why him?

They say that tremendous suffering over decades of war has made Afghans tough. But that is just a perception, nothing else. No matter how tough we think we are, we can be broken, too. We cry, and we cry hard. My eyes still brim with tears when I see a photo of Sardar or his wife and children.

Sardar’s death was a huge blow to the morale of all Afghan journalists. My initial thoughts were that perhaps I was the only person who felt so discouraged, but soon I knew I was not alone. Others felt the same. A few hours after his death, I was sitting with a group of Afghan journalists in a local restaurant when we spotted a young couple having a late meal with their two children. As we were looking at the family, a friend who was sitting beside me whispered in my ear, “Habib, I swear I cannot look at those children and family.” It sent a chill through me.

I have had similar conversations with other journalist friends as well. One of my friends who just returned from Britain told me that he regrets bringing back his wife and children to Kabul. Another friend told me that his wife wanted him to quit journalism and open a shop in his neighborhood. A third friend told me he was thinking about sending his wife and children to India.

My people have surprised me with their resilience time and again. Every time we have suffered we have come back stronger, more determined and more resilient. That is true of my colleagues in the media as well. Despite losing our friend, a brother and mentor, we will not give up. Despite the growing security concerns and constant suffering, we will continue this fight for truth, no matter how many more of us are killed, because I believe that is what Sardar would want us to do.

My friend’s death has also made me determined to do something else: to love my family and friends immensely, and spend as much time with them as I can, because I never know when I will lose them. Source: nytimes

Habib Zahori is a reporter for The New York Times and a current Fulbright fellow.